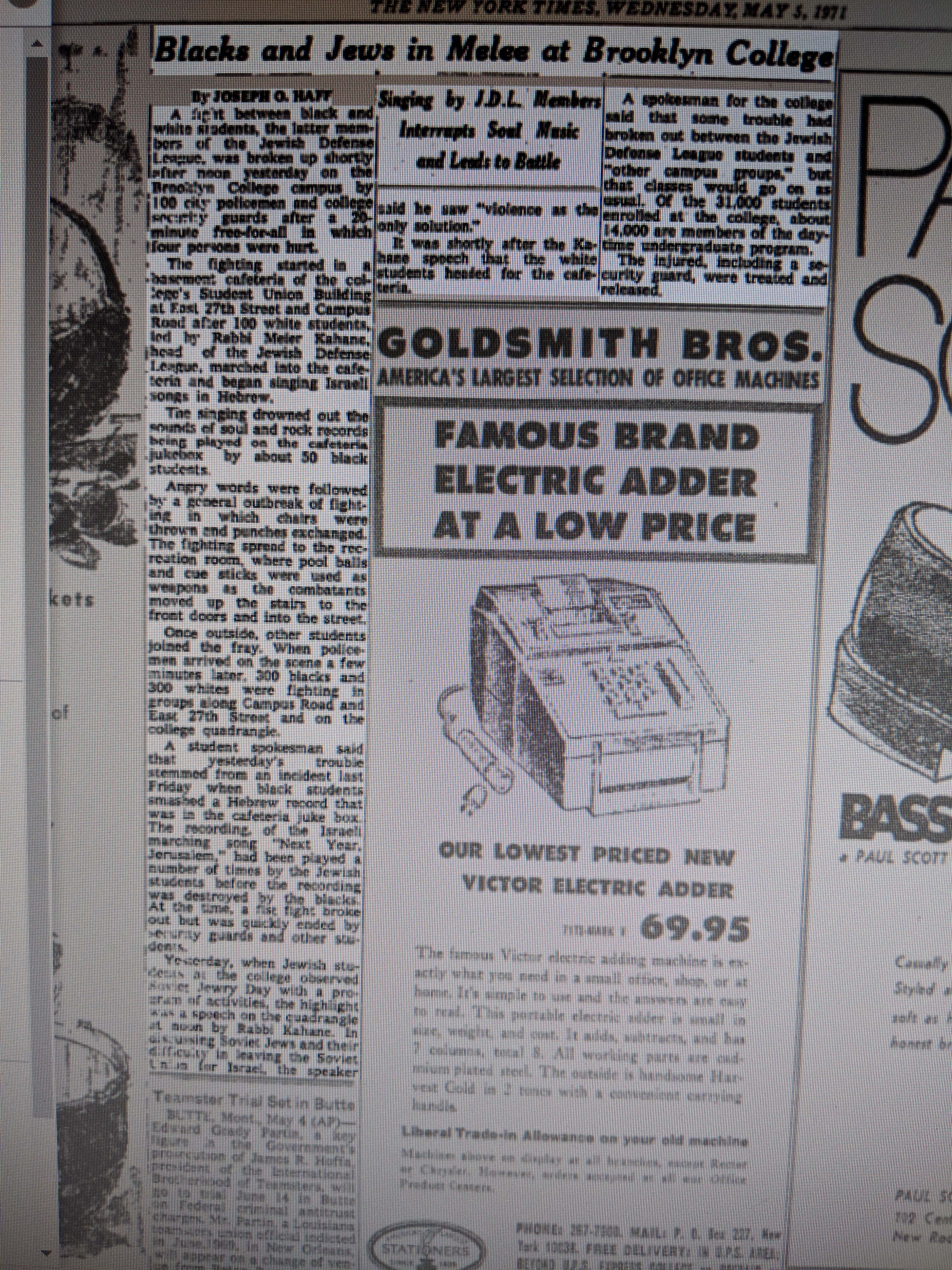 A fight between black and white students, the latter mem bers of the Jewish Defense League, was broken up shortly after noon yesterday on the Brooklyn College campus by 100 city policemen and college se?? guards after a 20‐ minute free‐for‐all in which four person were hurt.

The fighting started in a basement cafeteria of the col lege's Student Union Building at East 27th Street and Campus Road after 100 white students, led by Rabbi Meier Kahane, head of the Jewish Defense League, marched into the cafe teria and began singing Israeli songs in Hebrew.

The singing drowned out the sounds of soul and rock records being played on the cafeteria jukebox by about 50 black students.

Angry words were followed by a general outbreak of fight ing in which chairs were thrown and punches exchanged. The fighting spread to the rec reation room, where pool balls and cue sticks were used as weapons as the combatants moved up the stairs to the front doors and into the street.

Once outside, other students joined the fray. When police men arrived on the scene a few minutes later, 300 blacks and 300 whites were fighting in groups along Campus Road and East 27th Street and on the college quadrangle.