Irish-American Mayor Daley was quite a bigot, referring to Senator Abraham Ribicoff
as a "Jew Sonovabitch." Senator Abraham Ribicoff was the Senator who at the Chicago Democratic Convention said Daley's police forces were using "Gestapo tactics." So here the conflict is between upper-middle class and lower-middle class White Ethnics, each divided on the question of the war. 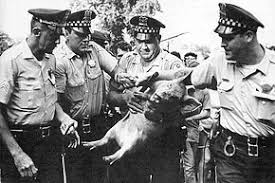 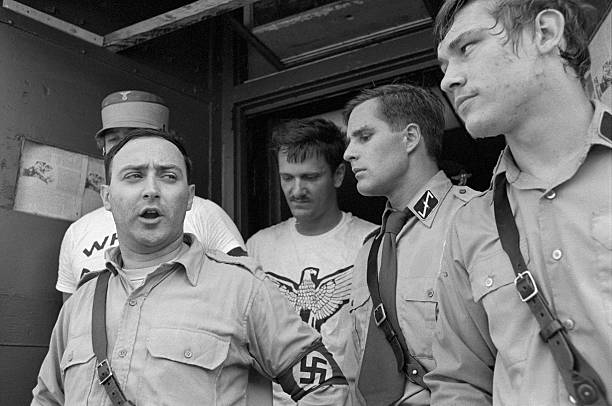 Skokie march pressented holocaust survivors with the spectacle of full regalia Nazis goose stepping and Heiling. It was a big free speech case in the United States.

Radical Black and Latino resentment against Jewish students that were earmarked money to protest the Neo-Nazi march through Skokie Illinois in 1977, a town with a large Holocaust survivor population. While it seems quite obvious to me at first glance that genocide is much